Here are some past essay questions: Topic 2 Cells essay qus

Here are video tutorials for many assessment statements in topic 1 – just click on the one you want. Thank you to Stephanie Castle (at UNIS, New York).

How about seeing some real cells in action? Here is a Trachelius ciliate feeding on a Campanella ciliate, and here is a Paramecium feeding. And how about ten craziest things cells do.

And here is a cool animation showing the dynamic world that is the inner life of a cell (the second version is narrated):

Here are some fantastic animated tutorials about Meiosis from McGraw Hill Education – how Meiosis works, the stages of Meiosis, Crossing-over, Independent Assortment & unique features of Meiosis. 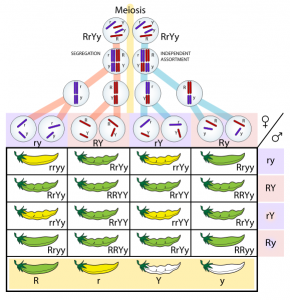 The cell cycle and cancer – an interactive animation from HHMI; Inside Cancer – a series of presentations from CSH Laboratory.

In Crash Course Biology #13 – Meiosis: Where the Sex Starts, Hank gets down to the nitty gritty about meiosis.

Here is Mr W’s Meiosis! Rap and here is Mitosis versus Meiosis RAP BATTLE (from Asap SCIENCE). Finally, Hitler gets confused by Meiosis.

To diagnose genetic (chromosomal) diseases in an unborn baby, there are two ways of taking samples – Amniocentesis or Chorionic Villus Sampling.